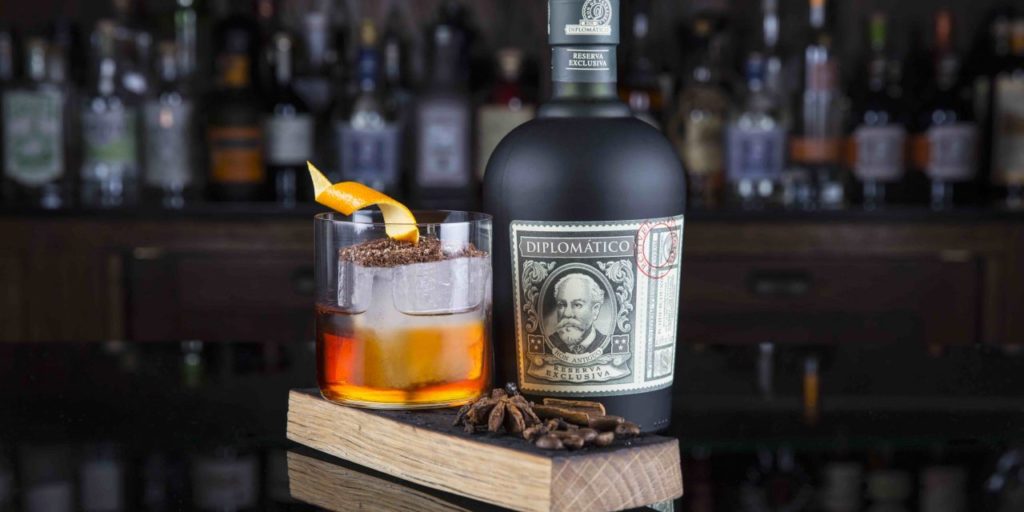 Diplomatico is a brand operated on family values. Once owned and operated by Seagram’s International, it was sold to a group of Vinezuelan private entrepreneurs and is now 100% privately owned and operated, primarily overseen by the Ballesteros family. These rums are top shelf and have deep roots in the traditions of South American rum.

Known by the Spanish speaking locale as Ron Diplomatico (or Diplomatico Rum in English), Diplomatico’s primary values are family and quality. From the harvesting of cane sugar to the distribution of each masterfully produced bottle, each step of production is overseen by Diplomatico.

Before Diplomatico was bought by locals in 2002, Diplomatico was produced by Seagram’s, a giant in the liquor industry who produced the rum from its inception in 1959. But when a group of local entrepreneurs bought the brand from Seagram’s, they maintained the quality of the product and imbued the brand with a respect for the individuals who bring the product to life, vowing to treat them like family.

How Diplomatico is Made

Ron Diplomatico is produced of three primary types of sugarcane: Romana, Venezuela and Canal Point. These sugarcanes are made into molasses and honeys, with molasses used for light rums and honeys used to produce more complex varieties.

After fermenting the sugarcane, Diplomatico uses three distillation processes: continuous column stills for light rum, batch kettle for darker rums, and pot stills for their complex varieties. Most of the rums are aged in whiskey barrels with a sherry barrel finish, and their most exclusive varieties are aged again in a variety of barrels to optimize flavor.

Diplomatico isn’t cheap. Unlike mass-produced rums, Diplomatico’s commitment to fair compensation, top-tier ingredients, and careful production work together to formulate an exquisite drinking experience with a price point to match.

Where to Buy Ron Diplomatico

Diplomatico Rums can be found online and in most major liquor retailers. It isn’t found in most grocers or markets like Costco and Kroger (where market liquor sales are legal), but if your local liquor store routinely stocks top shelf rums you are likely to find some of Diplomatico’s rums there.

If you would like to be guaranteed stock, however, consider purchasing for delivery from ReserveBar.com or BlackwellsWines.com where you’re guaranteed stock for all of Diplomatico’s varieties.

Diplomatico Rums can be divided into three ranges: the Traditional Range, Prestige Range, and Distillery Collection. These ranges each constitute a variety of styles, but each is categorized by its production process and quality.

The most accessible range of Ron Diplomatico, and a great place to start if you’re not completely sold on the brand, is the Tradition Range from Diplomatico. This range is made of Diplomatico’s only white rum as well as two darker rums, each unique in its flavor. While the styles are different, however, all the rums in this line are formulated using a mixture of all three of Diplomatico’s distillation processes and are designed to be affordable yet delectable.

With a mid-tier price point, Diplomatico’s Distillery Collection highlights flavor above all else, each rum in the collection distinct from the others. No. 1 focuses on a fruity, sweet flavor profile made from a unique distillation process usually reserved for whiskeys, produced from fermented sugarcane honeys. No. 2 utilizes sugarcane molasses to produce a well balanced flavor profile incorporating both oak and floral notes. And No. 3 makes use of a copper pot still distillation and new oak barrel aging process to formulate a “pure” rum flavor profile.

This collection of rums is nothing short of top shelf, and it’s reserved for aficionados and connoisseurs of fine rums. Diplomatico’s Ambassador is its darkest rum, aged for 12 years in oak and finished in sherry casks producing a complex flavor profile that’s reminiscent of cigars and raisined fruit. The Single Vintage, however, is aged in whiskey barrels and similarly finished in sherry casks, but instead produces aromas and flavors of smooth vanilla and almond.

Divide an orange slice into quarters and dip each quarter into cocoa powder. Alternate sipping Diplomático Reserva Exclusiva neat and enjoying a dipped orange slice. The pairing is an experience in itself.

Shake ingredients hard with ice until icy cold. Strain into a coupe with a sugar rim.

Shake ingredients hard on ice. Strain into an old fashioned glass with a large cube of ice. Garnish with pineapple fronds.

5 Best Things to Mix with Diplomatica

Diplomatico is privately owned by a collective of entrepreneurs in Venezuela.

Can you buy Diplomatico rum at Costco?

It would be rare, but not impossible, to find Diplomatico at Costco.

How many calories are in Diplomatico rum?

Diplomatico rums have between 60 and 100 calories per 1.5 oz pour, depending on the rum.

Diplomatico is imported from Venezuela. It’s been harder, but not impossible, to find in America since shipping speeds have slowed in the past couple of years.

What is the best Diplomatico rum?

The best Diplomatico rum for you depends on your palate, but if you want to experience the finest, most carefully curated rum Diplomatico has to offer, try Ron Diplomatico Ambassador.