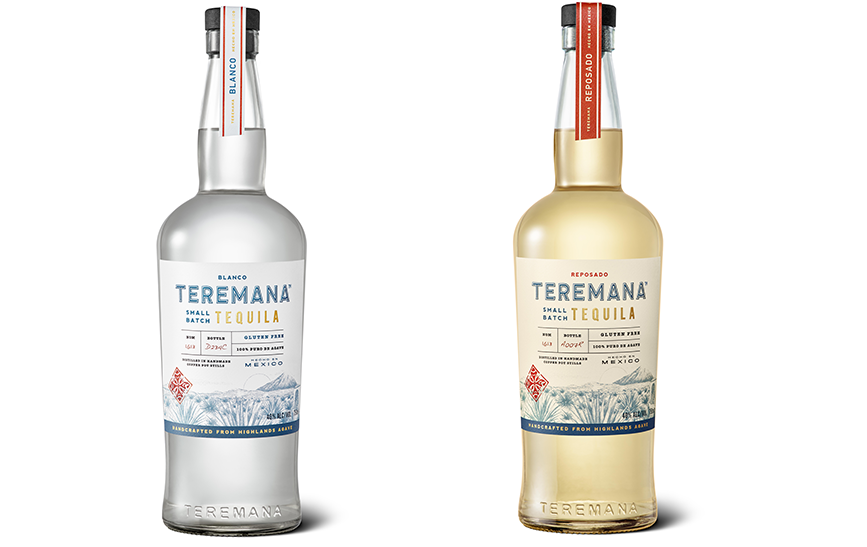 Teremana is a newer tequila brand, with a first release in 2020. Teremana came with a ton of publicity behind it, mainly given to one of its’ owners: Dwayne “The Rock” Johnson. Johnson has long been known as a tequila lover and decided to create a kind of tequila that would be popular with casual drinkers and connoisseurs alike. From its first release, Teremana has been incredibly popular in stores and restaurants.

Teremana’s name comes from two words very meaningful to its owners: “Tere” comes from the Latin word “terra,” meaning “earth.” “Mana” is the Polyesian word for “spirit.” Combining them both means that Teremana is the “Spirit of the Earth.” This idea extends through their production process which aims to be as natural as possible.

Teremana is crafted in the Jalisco Highlands in Mexico. It’s made from 100 percent Blue Weber agave which is roasted in brick ovens and distilled in custom-made copper stills. Tasters report that all brands of Teremana have notes of sweetness, with cooked agave, citrus, and vanilla being most common.

Teremana can be found widely throughout the United States, in bars, restaurants, and stores. The Teremana website offers a finder so that you can find it in locations around you.

Currently, Teremana offers two varieties: blanco and reposado. Both varieties go through a similar crafting process. Teremana only uses 100 percent Blue Weber tequila, which is roasted in brick ovens in a small town in the Jalisco Highlands of Mexico. From there, handmade copper stills are used to distill.

The only difference between the blanco and reposado varieties is aging. Blanco is aged for less than 60 days and comes out clear. The blanco variety comes out smooth and fresh with notes of citrus.

Reposado is aged in American whiskey barrels for more than 60 days but less than a year, depending on when the master distiller feels the tequila is ready. Because of this aging, the reposado comes out with a light gold color. This tequila is a little bolder than the blanco, with notes of oak and vanilla.

There are also rumors of a more aged añejo Teremana releasing at a later date.

Teremana is great on its own, but it’s fantastic as part of a cocktail. Here are a few that are definitely worth checking out:

This cocktail takes a classic margarita and puts a fruity twist on it. Teremana Blanco is mixed with lime juice, agave syrup, and mango nectar. It has the bright kick that margarita lovers enjoy with the sweet notes of mango.

This is Teremana’s take on a traditional paloma. Teremana Blanco is mixed with lime juice and grapefruit juice before being topped with soda. This simple mix allows the complexity of Teremana’s flavor to naturally come through.

This margarita has a big flavor and personality to match The Rock himself. Teremana Blanco mixes with agave nectar, lime juice, and pineapple juice in a sea salt-rimmed glass. If you find margaritas to be harsh, the pineapple here helps to mellow the flavor out.

This is Teremana’s twist on this traditional cocktail. Instead of bourbon or rye whiskey, here you’re using Teremana Reposado. Mix it with a bit of agave nectar, and a couple of dashes of bitters (either orange or Angostura) work well. It’s simple and delicious.

Perfect for brunch, this drink is a mixture of Teremana Blanco, orange juice, and a splash of pineapple juice or passion fruit syrup. Put this one with an omelet or big stack of pancakes, and you’re having a great day.

If you like a little caffeine with your tequila, this is the one for you. Strong black coffee pairs perfectly with Teremana Reposado, and a splash of agave nectar really helps smooth everything out.

Teremana is owned and developed by Siete Bucks Spirits. Its’ most famous and visible owner is Dwayne “The Rock” Johnson, but business partner Dany Garcia also joins him. Spirit industry veterans Jenna Fagnan and Ken Austin round out the partnership group.

Is Teremana a sipping tequila?

Yes! The Reposado variety is incredibly well-liked as a sipping tequila. It made the list of Men’s Health’s Best Sipping Tequilas. Notes of vanilla and oak are prevalent, and the tequila is much more smooth than many other tequilas at a similar price point. This makes Teremana an excellent sipping tequila.

Like any tequila, Teremana should be consumed in moderation. Drinking too much tequila is a short-term and long-term issue for health and safety. On its own, Teremana can be healthy. Teremana is sugar- and carbohydrate-free and is approximately calories for a standard 1.5-ounce shot.